On a cold, wet night during the harsh Tasmanian winter, a young mother lay dying soon after giving birth. A devout Catholic, she had been calling out for a priest since midnight, but being the only Catholics in the small town, it appeared her dying wish for a priest to hear her final confession would not be fulfilled. But 18 miles away, a priest was stirred from his rest and somehow compelled to saddle up his horse and ride for hours through the icy rain to see the dying woman.

This touching encounter with the supernatural was published in the Clarence and Richmond Examiner and New England Advertiser on 1 January 1884. 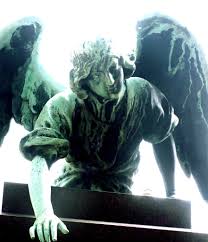 “The subsequent experience of Father McB_  as related to me by my friend, was even more strange than the first. One night in November, he had gone to bed early, as the weather was very cold, and toward dark a heavy rain had set in, which as the night wore on changed to hail and sleet. The bedroom was on the ground floor – indeed, the house consisted of but one story. Somewhere in the small hours of the night Father McB_ was awakened out of a heavy sleep by what he supposed to be tapping on the window-pane. He listened intently, but heard nothing save the bleating rain.

“After a few moments he fell asleep, when once more the sound was repeated, and this time he called out: ‘Who is there?’

“A voice, which seemed to be that of a boy or a woman, replied: ‘A woman is dying at Smithson Post-office – come at once for God’s sake.’

There was no mistaking the summons. So Father McB_ climbed from his warm bed and dressed for a ride through the night’s bitter cold.

But there was no answer.

“Have you two horses?” he called out once more to the unseen visitor.

But still, there was no reply.

With his lighted lantern in hand, Father McB_ headed for the stable in the soaking rain. He could not see anyone anywhere outside.

“Now, Smithson Post-office is 18 miles from St. Mary’s, and it seemed almost impossible that anyone should have come from there on foot – utterly so that they should have gone back on this terrible night without waiting for him to accompany them. The good priest deliberated for a few moments, and began to think himself the victim of a practical joke.

“But this idea was scarcely tenable. He knelt down, and asked the assistance of Heaven. ‘I will go in the name of God,’ he said, as he rose from his knees.

“It did not take many minutes to saddle his horse and don a waterproof coat, and in half an hour from the time he first heard the tapping on the window pane, he was on his way, the tears and protestations of his good house-keeper not withstanding.”

Father McB_rode the 18 miles to Smithson Post-office in atrocious weather. It took the good Father four hours to reach his destination. All on account of hearing the desperate pleas of a mysterious visitor who seemed to have vanished directly after delivering their desperate message.

Smithson Post-office consisted of nothing more than two or three houses and an equal number of shanties by the railroad. There was a light on in one, and so Father McB_ knocked at the door.

“It was opened by a man in his shirt-sleeves, who held a candle in his hand, and thrust it into the face of the visitor, as he said:

“‘Did we send for ye, father?’ answered the man; ‘did we send for ye?’ [shure] we had no one to send; but the poor woman inside has been calling ye since midnight, when death struck her. Come in, father, come in.’ The priest followed the poor man into an inner room, where a woman was lying, a new-born infant beside her, and three small children sleeping on a mattress on the floor.

“‘Father!’ she cried out in a trembling voice, extending her cold hand, welcoming him with eyes which death was slowly sealing. ‘Father, I sent my guardian angel for ye, and he brought ye, praise be to Almighty God!’

“‘Shure, we thought she was ravin’ she was,’ said an old woman, who was seated in front of the fire. ‘When she was dronin’ to herself all night: ‘Bring him, good angel, sweet angel!’ she’d say.

“The priest saw no time was to be lost in hearing the woman’s confession. Her story was soon told, and she died almost immediately after the last Sacraments were administered.

“The man maintained positively that no one had been sent for Father McB_. They had no friends, were the only Catholics in the place. The daughter of a pious Irish mother, his wife had kept her faith and piety burning as bright in that desolate spot as when she went regularly to the Sunday Mass and her monthly confession in the home of her girlhood. They had not seen a priest for months. She had always prayed that she might not die without the last ministrations of the Church.

“Father McB- firmly believed that he had a supernatural visitant that night, and so did his friend Father A-. I tell the tale as it was told to me.”

What supernatural force was at work ensuring this young dying woman would be granted her final wish to see a priest. Was a Guardian Angel, unable to save the woman from death’s door somehow making amends by granting her final wish?

Did Father McB_ pick up the woman’s anguish telepathically, his mind playing tricks in order to convince him that he must venture out into the appalling weather and ride 18 miles during the middle of the night?

Or perhaps, it was the poor woman herself. Her desire to see a priest so strong that in her delirious state, she was able to leave her dying body and make her plea in person?  Father McB_ did believe that the voice he heard was that of a boy or a woman.

One thought on “Summons from a Guardian Angel, telepathic plea or out-of-body beckoning?”